Let us help you find the best agent for your Adelaide property click below!

Need to buy or sell an exclusive property in Adelaide?

We have listed the 10 best Adelaide Real Estate Agents.

Matt is a director and joint owner of Klemich Real Estate. He is one of the most dynamic, highly focused and skilled real estate agents in the industry. He has been awarded as both Salesperson and Auctioneer, a very rare and valuable combination of skills. With over $450 million in sales, Matt’s experience is unquestionable. It’s no wonder he has an outstanding reputation for repeat and referral business. 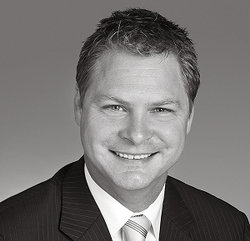 Ask Rosemary about her recent LJ Hooker Top International & National Salesperson award and she will very politely turn the conversation to the efforts of her team and hard working office. Rosemary acknowledges that the awards and recognition are a by-product of her teams consistent effort to provide high quality & diligent service for all clients.

17 years on from her humble Real Estate beginnings as a 16 year old girl on Sydney’s Northern Beaches, Rosemary is one of the most experienced & dynamic real estate agents in South Australia today. 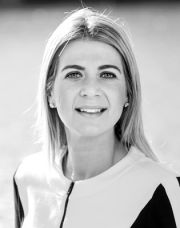 With a proven track record in residential sales across Adelaide, her commitment to ongoing personal and business development, and her energetic, enthusiastic attitude has resulted in many prestigious industry awards & raving fans.

Choose Rosemary, and you can be confident you are working with a progressive & creative agent. Her experience, knowledge and finely honed negotiating skills combined with her clear, straight talking communication, diligent follow up & the perfect mix of resources at her disposal will ensure your property will be reaching its full market potential. 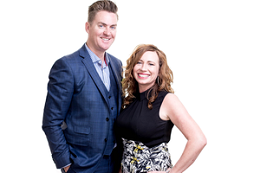 Previous to creating Timms, Valerie was highly awarded as salesperson and business owner of a franchise in a major Australasian real estate group.

Adam and Valerie are both passionate about marketing, culture, and systems. Part of their brief in running their company is “If its not fun, it’s not done”, and Team Timms love the culture and environment they have created. They have grown from their first Timms office in 2011, to now opening their fourth office in 2015. They also manage a growing rent roll, and help investors across Adelaide to maintain their property portfolio’s. Helped by Sarah Shiel and Judy Weckert (Executive Assistants), along with Jo Wilkin their Operations Manager, and Team Timms, they have systems and processes that create success with each client and team transaction.

Valerie and Adam’s dream is to offer fabulous opportunities to individuals who join their team as they expand across Adelaide, and to keep growing a client base of ‘raving fans’ who are happy to refer them and their team to family and friends.

Valerie and Adam continue to actively sell property so they can lead by example, and still enjoy each nuance of property sales from the marketing to the final negotiation.

Call them to experience the Timms difference today! Get on board!

A resident of Woodcroft, married and a proud father of two, Mike is considered the agent of choice throughout the southern area due to his track record of exceptional results over the last 16 years.

His expert advice and award winning negotiation skills have carved out an enviable career for him, from starting at Magain?s in 1998, to today owning the company, including three offices and over 15 staff. 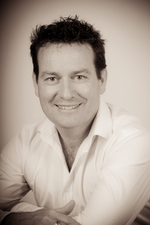 The winner of numerous awards throughout his career, Mike has recently been inducted into Australia’s Top 100 agents, (one of only two from S.A.) by the national Real Estate Business Magazine.

His busy life includes numerous sporting events with kids, entertaining and of course selling real estate. Mike still gets a massive high from helping sell someone?s most valuable asset and never wants to lose the “meeting people” side of real estate.

The other satisfaction he gets is from watching his growing team of enthusiastic salespeople breaking their own personal records and achieving so much in a relatively short period of time.

Richard started his illustrious real estate career in London in 1989, a time when the term ‘negative equity’ was first heard and many a front door key was handed to the bank manager. In these difficult times, and for the next five years, Richard was ranked in the top 3%, often as the top performer for Foxtons, one of the largest real estate companies in the UK. Richard achieved these results though his passion for people and property, hard work and continually striving for excellence. 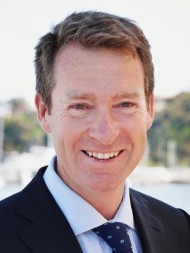 Following his return to Perth in 1994, Richard began listing and selling property in the Western Suburbs and Fremantle. He quickly earned a reputation for achieving record prices with a courteous and efficient manner. Richard’s strong client focus propelled him to open his own agency with business partner Tim Caporn in July 2001. He is now Managing Director and Licensee of Caporn Young Estate Agents.

After a relatively short period, Caporn Young Estate Agents has established itself as one of the forerunners of real estate in Perth, offering a fresh approach, a passion and an enthusiasm that is second to none. The company’s philosophy is soundly based on integrity, honesty and hard work, with a commitment to providing exceptional service and the best possible advice and outcomes for their clients every time. The proof is in their exceptional sales track record and a stable of satisfied and loyal customers.

In the time Richard has worked in real estate, he has experienced incredible change, including dizzying highs and the challenging lows. His longevity and success is testament to his hard work, vision and determination.

Richard believes that the role of the agent has changed and that as an agent it is essential to keep abreast of the changing technologies and the ever-changing market place.

“Agents used to be the gate keepers of information. It was all important to be a good local agent, and sellers and buyers used local agents for this knowledge. Today local knowledge can be gained in about 30 seconds over the internet.”

“Buyers will generally look in several suburbs for the right home not just one. A benefit of using this technology effectively, and a database of over 1200 purchasers across all suburbs, often results in record prices being achieved above prices suggested by ‘local’ agents”.

Richard is unashamedly a vendor’s agent. His goal is to achieve not just a good result but one that his vendors are ecstatic with. Richard is a master-craftsman at creating first-class marketing campaigns that deliver results. He has the ability to adapt to all suburbs and property types and is a skilled and seasoned negotiator with unstoppable enthusiasm.
Richard grew up in the Western Suburbs where he attended both Scotch College and the University of Western Australia.

There are two really important things I have learnt about real estate. First, to be absolutely committed to achieving a great result for every property sale I handle. Second, continually striving to set new benchmarks for professional excellence has made my client service exceptional.

Being a farmer taught me to work hard 7 days a week. Then I enjoyed a successful 20 years in the rural industry until a meeting with Anthony Toop in 1993 led me to real estate at age 46. Right from the start, I loved everything about real estate and I’m proud to have been with Toop&Toop my entire career, because we share a passion for excellence and innovation. 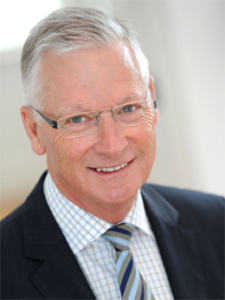 I constantly strive to make each year better than before by improving the way I market and sell property, so I’m very proud that my professional qualities have been recognised as follows:

My fantastic team – Simon Veitch, second Sales Partner and Susan Ide, Vendor Manager share my commitment to creating the business models to help us enhance client service. Our team capability is second to none in South Australia with proven expertise and a calm, supportive approach to guide you through all the critical steps of buying and selling real estate.

Our client’s needs come first, so we take a strategic approach to our business and meet every day to plan, action and review progress on our sales campaigns. We are perceptive about people and current market conditions, are super-organised and make full use of every Toop resource at our disposal on our client’s behalf.

Like the rest of the team, I love helping clients achieve their real estate dreams and I know that the personal attention and highly professional service we give makes their experience one to remember with pleasure.

A leading identity in Adelaide property circles, Robin Turner is Principal and Managing Director of Turner Real Estate, a company he started over 20 years ago.

When it comes to serving your interests in the sale or management of your property, he is a well-proven and highly-trusted individual. Honesty and integrity is at the heart of Turner Real Estate and this has seen the business grow to employ 40 professional property people. 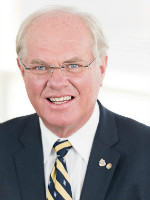 Robin was recently honoured with the Sir Robert Torrens Award, an award which recognises outstanding contribution and commitment to the real estate profession. His contribution has included serving a record four years as President of the Real Estate Institute of South Australia and being involved with the Institute, both at a State and National level for over a decade.

Apart from his love, pride & passion for his business, Robin’s other loves are his wife Barbara & their family. They have two sons, Ashley & Lachlan, and five delightful grandchildren. To unwind, Robin loves to go fishing & constantly entertains staff with his latest yarn.

Some of Robin’s services to the community include being a long-standing member of the Rotary movement and a Director of War Services Homes.

Mark founded Smallacombe Sanderson with David Smallacombe in 1988 and has been the Managing Director for its 23 years. Prior to this, he held a senior position in the banking industry in corporate money market. Mark is a passionate auctioneer, having conducted thousands of auctions during his career and when dealing with him you are assured the highest quality of personal service. His partnership with David has lead them to be one of the longest serving real estate partnerships in the state. 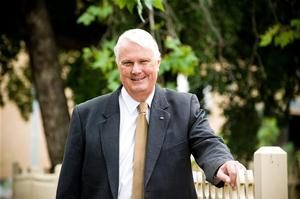 Mark’s business philosophy is always do the right thing and follow legislation to the letter of the law’. He and his team form a formidable alliance. A number of his staff have served up to 20 years at the company, creating a very competent, stable and experienced group which is one of Mark’s proudest achievements to date. Individually, Mark has accomplished numerous awards, his most rewarding being a recipient of the Sir Robert Torrens Award in 2011 and in 2012 receiving the President’s Award from the Real Estate Institute of Australia, as well as State Finalist in the Golden Gavel awards and Eastern suburbs zone winner. He has been a member of the Real Estate Institute of South Australia’s board since 2002 and was President from 2005-2007. Mark is also a past Director of the Real Estate Institute of Australia, a time during which he introduced a new Code of Conduct for all real estate practitioners which delivers benchmarks for service and integrity.

Mark and his team are proud to be heavily involved in community service activities including supporting the homeless through the Common Ground Organisation, sponsoring a series of worthy causes in SA. Outside of the business, Mark enjoys travelling with his wife Miranda and fishing and boating with his sons.