Let us help you find the best agent for your Canberra property click below!

Need to buy or sell an exclusive property in Canberra?

We have listed the 10 best Canberra Real Estate Agents.

Commencing his career with Independent Property Group in 2008, Jonathan Charles has continued to strive towards a high level of client satisfaction derived from his consistent ability to maximise the value of their greatest asset.

Jonathan’s long list of awards and recent achievements include: 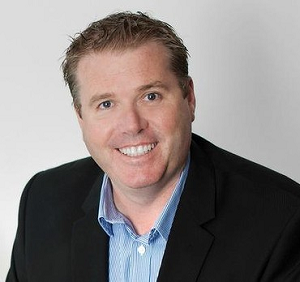 Jonathan believes that his market advantage in Canberra property centres on his unique ability to cross sell various homes at once through the use of his expansive database, many without being publically marketed. With a focus on offering the best presentation to potential buyers, Jonathan’s team consists of a buyer manager and fully licensed tradesman, helping him to prepare homes for sale and maximise their value for his clients, and is all inclusive in his performance fee. Jonathan consistent success can be attributed to: · Interpersonal skills and the ability to build close relationships with buyers and sellers alike throughout the marketing campaign and beyond · Trained negotiation skills, allowing him to maximise your money · An extensive sales background spanning over 15 years · A high level of professionalism, integrity and problem solving skills · A focus to ensure that the transaction is handled correctly from start to completion Jonathan is committed to tailoring an individual marketing plan for each and every property to ensure he can maximise the outcome.

Combine a genuine passion for property, a peerless commitment to client service and an unmatched level of enthusiasm and what do you get? Ask almost anyone and most will answer: Richard Keeley.

Richard is recognised as one of the top performers in Canberra real estate and is rated amongst the top agents in Australia. This can be attributed to Richard’s diligence, powerful determination and supreme negotiation skills. Diversification is imperative in today’s market, and there is no other agent to match the value and service commitment of Richard Keeley.

Over the past 9 years Richard has helped raised thousands of dollars for various charities and institutions through his Auctioneering skills. Some of the charities include The Heart Foundation, St Vincent de Paul and Marymead.

Richard has achieved 20 suburban record prices, including the six highest record prices in Griffith, over 80 million dollar plus sales and has sold in excess of 600 homes.

Andrew is a franchise owner and Managing Director of LJ Hooker Project Marketing ACT. A licensed and registered agent that has worked in the industry tirelessly for over two decades bringing a vast array of skills and experience to the table.

Andrew maintains a hands on approach with his clients and leads the high achieving team of professionals at Project Marketing from the front. Reliable, dedicated and hardworking Andrew has successfully headed up numerous prominent residential developments across Canberra.

He has a loyal following of clients who rely on his expertise when buying, selling or developing property. A very high achiever dedicated to the best possible outcome sort by all his clientele. Highly regarded and respected within the Industry and his peers. 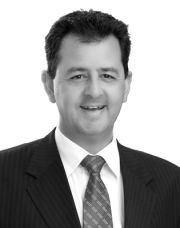 Aptly awarded a bronze medal at the LJ Hooker International awards 2013, representing the top 1.5% of the organisation, followed by a Silver medal in 2014 awarded to the top 1% of Agents Internationally within the network.

The Project Marketing ACT team has also been recognised by the international network with top performance awards annually and innovative marketing excellence awards in 2013 & 14, in addition, they have been named the top specialist office internationally for 2014

Robert is a career real estate agent having worked in the busy Canberra marketplace since the age of 18. Since then he has achieved exceptional sales results, reaching over 1222 personal property sales in November 2013. “My transaction volume has given me a level of familiarity with the sales procedure, buyer thoughts and behaviours, and expectations of service from all parties involved that only comes through practice and experience”.

Communication and rapport are Robert’s strengths. Buyers find Robert very approachable and sincere. Purchaser enquiries are handled promptly and professionally, whilst maintaining a perspective as the vendor’s agent.

A vendor can count on honest, regular feedback and advice during the sales process. At the pointy end of the sale, Robert’s reputation of remaining calm under pressure has a forward effect to naturally nervous parties, making him the perfect choice. 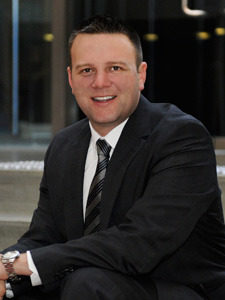 Robert is an award-winning agent who continues to set the highest standards for his team. He is well regarded as being a hard-worker who is reliable and trustworthy.

“My clients always get the best advice I can offer. I will help them through every stage of the sale and try to make sure they have little to worry about, except preparing their house for inspections.”

Robert has lived in Canberra nearly all his life, and has a strong background in the retail and real estate sector.

Selling a house is often stressful and can be brought on by difficult circumstances. Robert believes the most important commitment he can make to his clients is to listen and understand what they feel is most important about their situation, and appreciate their individual needs. 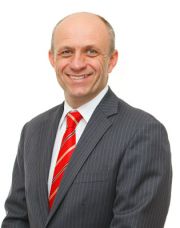 Robert views his success as an incentive to work harder and continue to improve as an agent and advisor to his clients. In keeping with LJ Hooker’s community focus Robert contributes to his community by assisting in the organisation of charitable events throughout Canberra and attending dinners and auctions that assist those in the community that are in need of support.

Robert is an agent who is focused on his customer’s needs, supports his community and believes in building trusting, long-term relationships with his clients.

Wayne Harriden has been a part of Independent Property Group since April 1989, starting off in the Sales team and working his way up through management to become the Director of Project Marketing – a role he took on in 2010 due to his demonstrated ability and success with the marketing and sales of projects, both large and small. Wayne leads a dedicated team responsible for the project management of a large percentage of all new developments under construction in Canberra, working with leading builders, developers and government to ensure that they achieve the best possible results for their stakeholders. Wayne has a strong commitment to his clients, delivering the best tools for selling and marketing their product, and he also provides advice and manages sales for the Land Development Authority on a number of land releases.

His extensive experience and knowledge has given him the ability to identify what will give individual project developments the greatest chance of success, whatever the market conditions. Testament to Wayne’s success within the industry he loves are the numerous awards he has won. On numerous occasions he has achieved Independent’s highest honour – being awarded the Top Producer title – acknowledging Wayne’s accomplishment of bringing in the highest amount of business to the organisation. Wayne also won the REIACT Salesperson of the Year award in 2012 and 2013, and was named Australia’s Salesperson of the Year in March 2014 at the coveted REIA national awards. Wayne’s honesty, integrity and professionalism has led to him gaining the trust and confidence of his clients and he is well known and respected within the industry.

Mark Larmer has spent more than 15 years selling residential real estate throughout Canberra and has helped over 2,100 clients to date. He has been a shareholder of Independent Property Group since 2005. Mark’s business has gone from strength to strength and he has picked up almost every award along the way, including the Real Estate Institute of the ACT’s ‘Salesperson of the Year’ two years running and most significantly ‘Australian Residential Salesperson of the Year 2009 ‘ which is the highest award a real estate agent in Australia can obtain. 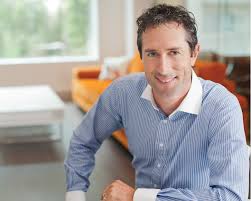 In 2013 he turned his hand to auctioneering and promptly collected the 2014 REIACT Auctioneer of the Year award, now even the ACT Government regularly trusts Mark to auction their multi-million dollar land development sites, which says a lot about his skills. Clients can see firsthand Mark’s engaging auction style on the team’s YouTube channel. Mark is often called upon to speak at industry events, train and mentor other agents and he has strong connections with agents in other companies around Canberra due to the respect he has earned amongst his peers. Such industry recognition positions him as one of the best real estate agents a client can employ, but employing a single agent, even one like Mark, is not nearly as powerful as getting 4, which is why ‘OurTeam’ was created – the name Mark, Aaron, Jess and Tania use to describe their unique business unit.