Let us help you find the best agent for your Ferntree Gully property click below!

Need to buy or sell a property in Ferntree Gully ?

We have listed the best Ferntree Gully Real Estate Agents.

Ben Thomas already had a stellar career as an accomplished chef in Melbourne’s leading restaurants before he followed his heart and decided to pursue his love of Real Estate.

What Ben brought with him when he joined Ray White Ferntree Gully were finely honed customer service skills and a strong work ethic enabling him to deliver more to his clients than expected.

Ben is a genuine individual and when you employ him as your real estate agent, you will have someone who is straight down the line, which is why so many home owners in and around Ferntree Gully feel comfortable entrusting him with their most valuable asset. 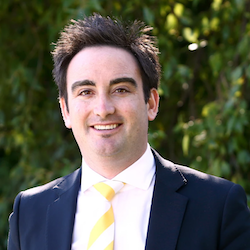 As Ben puts it: “I used to be excited by a perfectly cooked eye fillet, but now nothing is more personally or professionally satisfying than introducing buyers to the home of their dreams, knowing that at the same time, my vendors received an outstanding price for their property.”

While Ben displays such fresh and creative energy, he knows his success is simply not good luck, but more his ability to listen and understand the needs and wants of his clients – whether buying or selling.

Most of Ben’s business comes from referrals, which is a credit to how well he services and delivers results to his vendors time and time again. His success also comes from self motivation and dedication, with many hours spent negotiating sales and building a strong rapport with his purchasers and vendors. Most importantly, he feels his success is driven by working as a part of the incredibly successful team at Ray White Ferntree Gully.

Ben’s commitment has seen him win numerous awards within the Ray White Group including:

In his spare time, Ben loves working on his golf handicap, watching his beloved Western Bulldogs and dining at some of Melbourne’s finest restaurants to keep up with the latest gastronomic trends. Swapping the exquisite aroma of truffles for the smell of freshly polished floorboards has been a really satisfying and successful journey for Ben Thomas.

Tom’s Role
Tom Tsiagalos commenced his business career in the banking industry in 1986. After 12 months, he decided to change course and instead joined the family business. He spent two and a half years managing in the retail convenience store field. It was during this time that Tom extensively honed his skills in dealing with people. This undoubtedly contributed to his immediate success when he entered real estate in 1989.

Having spent his entire real estate career in the City of Knox, Tom was the natural choice to fill the position of Sales Manager in the newly opened Stockdale & Leggo office in Ferntree Gully in 1996. In 1999, he became a fully Licensed Estate Agent.

What He Brings
Tom prides himself on his ability to build strong relationships with his clients. He brings relentless passion and dedication to his role and is diligent in providing outstanding customer service. 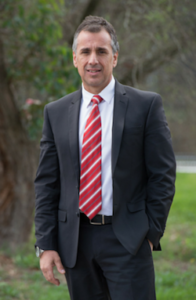 As a result of his extraordinary work, Tom has won numerous awards as the Top Salesperson both monthly and for the year. Tom’s extensive list of accolades has also seen him recognised as one of the Top Ten Sales People in Victoria; competing against over 500 sales people in 100 offices across the State. In 2011 he was also inducted into the prestigious Platinum Club. In recent times, Tom has gone on to be awarded the Victorian Gold Award in 2010, 2011, 2012, 2014, 2016 and 2017.

Tom is married and the proud father of two young children. In his spare time, he enjoys the ongoing challenge of trying to perfect his golf game. He jokes that for now, he is better off “sticking with real estate”.

Robert’s Role
Once you meet Robert you cannot help but feel you have known him for years. His naturally warm and compassionate nature instantly makes you comfortable and relaxed. The effortlessness he possesses when building relationships with clients has won the confidence of buyers and vendors alike.

With outstanding interpersonal skills, and finely honed sales and customer service attributes, Robert has become a leading professional in his field.

What He Brings
Coming from a family involved in the building and electrical industry, along with his tenured involvement, Robert offers a level of understanding of the housing industry that is second to none. This vast knowledge allows him to represent property transactions with an informed confidence that unquestionably benefits his clients in the successful marketing of their valued asset. 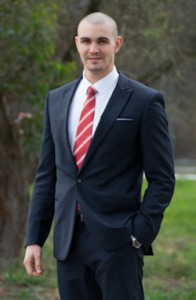 Passionate about people, Robert is dedicated to servicing his customers and going the extra mile. In turn, he has many return clients, as well as referred new business from past clients, as acknowledgement of his quality service.
Outside of work, Robert enjoys sports, particularly soccer and AFL, keeping fit by going to the gym and spending time socialising with family and friends.

Real Estate is Trish’s passion. She has long been a very successful agent in the area. Her strengths as a sales person are unique, with over 18 years real estate experience in the Knox area and 11 of those with Ray White Ferntree Gully.
​
She is a superb negotiator who is liked and, more importantly, trusted by both sellers and buyers. Her life and work experience, her knowledge and understanding of the local market and her attention to detail has helped many hundreds of clients to achieve their dreams. Her repeat business is vast, with some clients up to their 4th home sold by Trish.

Many of her clients have become her valued friends, and based on their own experiences with Trish, are a constant source of referrals from their family, friends & associates. 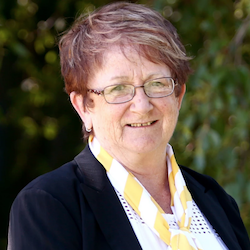 Trish is complemented by a strong personal assistant, Tina Bull, a seasoned business person with a customer focus and also a passion for real estate. Tina has a way of instinctively implementing Trish’s unique methods and together they form a professional, compassionate partnership with outstanding results.